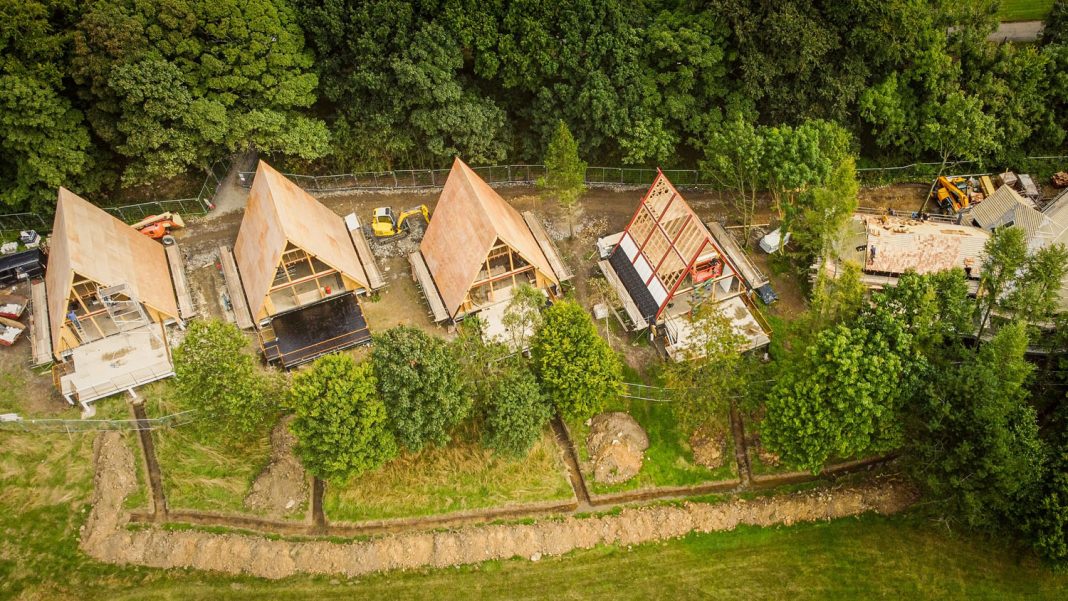 More treehouses are to be built on the Ramside Hall Hotel estate, including one which will also operate as a wedding venue.

Arguably the North East’s most unusual hotel accommodation – treehouse rooms – have proven so popular that it has led to the creation of five more neighbouring treehouses.

The luxury accommodation at Ramside Hall Hotel, Golf and Spa near Durham have been a huge hit since they were first unveiled, with stylish decoration and unique setting.

And now work is underway on a further treehouse, which will be primarily used for weddings, as well as four glass fronted, triangular shaped treehouses which will be aimed at the family market.

The wedding treehouse will be the same design as the three existing treehouses, but will be configured in a way that will mean it can comfortably take between 40-50 guests for weddings.

The four A frame triangular treehouses will all be on two levels, with accommodation suitable for couples.

The treehouses will include a bedroom with an en suite on the upper level and a lounge, toilet and shower and small kitchen on the lower level, along with a deck featuring a hot tub.

The hope is that the new treehouses will be open in time for Christmas, with enquiries for weddings already being taken.

John Adamson, owner of Ramside Hall Hotel, Golf and Spa, said that after the tough times of the past year, it was good news to be able to move these plans forward.

“Although it has been very difficult for hospitality, we have still been very busy working on these new projects which we believe will be huge assets,” he said.

“There’s been a lot of changes in the wedding market with people now looking at much smaller events, but still wanting that wow factor.

“This is part of the reason that we’ve decided to create the new treehouse so that it is flexible enough for larger numbers, but still providing an intimate and unique wedding venue.”